I was your customer for seven years with a Group Universal Life policy as a Citibank employee.  In addition to coverage, I chose to add a little cash each month thereby building higher cash value which reached the tidy sum of $3,919.56.  I am shocked and deeply dismayed by what occurred when I severed from Citi.

My end date was March 12th.

You said Citi notified you on March 26th.

WITHOUT notifying me – you took funds to cover March 13th through the end of the month out of the cash value.

Then you sent me a letter in April, saying that I am now responsible for the monthly premium of $1,926.27 AND, you pulled that from my account, too!

When I phoned, to say, No, Thanks, please send me the $4,000 I had saved, you told me the amount was now approximately $800 because 1) you had taken enough to cover March and 2) you cannot prorate the April coverage, it was already deducted.

So, you can prorate when it suits YOU, but not when I request it?

I had no opportunity to claim my cash – the timing of your notifications (perhaps Citi is partly to blame?) and your cycles stack the deck 100% against the consumer.

You led me to believe that I was creating a nice cushion, doing the right thing – but in fact, YOU were building a little account that you then ROBBED on my way out the door.  From $4,000 down to $800 – and no opportunity to prevent to loss.

At best, this is really bad business – but I think it’s also #unethical and if not illegal, it should be.

With disgust and anger,

This Blast is facilitated by Consumers Angel’s BlastEm iPhone App 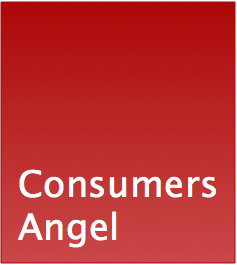